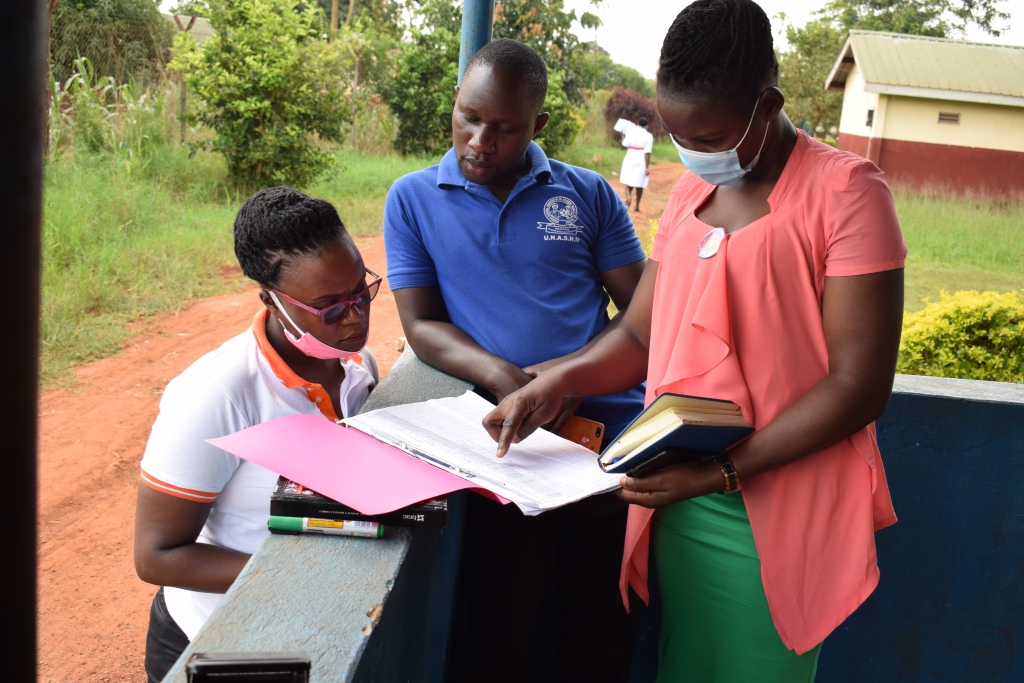 In Story of Change

Sharon Mugero (Not real name) who is a learner at Mulago school of the deaf (she can’t talk or speak) left Kampala when the president closed schools, churches and bars and went to control the spread of Covid-19 and she went to Kamuli (Kakira parish) which is their home village.

Before she (Sharon) left she had been initiated on ART and had developed TB and she was by then done with first line drugs for TB. She went to Nankandulo HC IV more than once but she was unable to access services and Abbey (sign language interpretation trained health service provider at Nankandulo HC IV) was on leave. When Abbey reported back for duty his colleagues shared with him about a deaf client whom they had failed to give services due to difficult in sign language interpretation and they opened up to him as they had not offered her (Sharon) any medical support. He was positive and he urged them to engage him in case she came again while he was in some other section delivering services and indeed this worked.

One day Sharon came back and Abbey attended to her well with aid of the skills he had learnt from the sign language interpretation training which was conducted by IDIWA that even informed their (health workers) attitude and overwhelmingly Abbey supported her when he received her and ably successfully handled the case. When he read from her medical records, he continued her on the second line of Anti TB drugs and Refills for HIV that reinstalled hope in Sharon.

Abbey inspires us all as advocates and this should be the way to go for all services providers to prioritize on WGDs and enabling them access services.