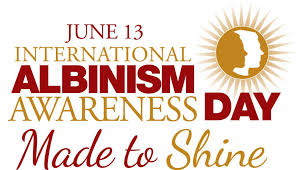 In Story of Change

Living with albinism in Uganda

Disability is without doubt defined differently in different contexts. In the international context, disability is regarded on the one hand as a long-term physical, mental, intellectual or sensory impairment in which interaction with various barriers may hinder a person’s full and effective participation in society on an equal basis with others (United Nation Convention, 61/106 2006). On the other, it relates to the end result of the interaction between an individual’s health and the context in which that individual lives (World Health Organization (WHO), in Uganda albinism is considered to be a disability. Albinism remains socially under-researched and under-theorized. This absence of academic interest is surprising, especially when one considers that such oppressive factors have not only been widely reported but that they can also constrain people with albinism’s various social and economic opportunities.

Disability in the Ugandan context is analyzed as a social construct. It is viewed as a loss or limitation of opportunities to take part in the normal life of the community at an equal level with others due to physical, mental and social factors. In Uganda, the conditions now recognized as disabilities are hearing, visual, intellectual, speech, and mobility impairment as well as albinism.
People with albinism in Uganda have similar experiences to other disabled that they all face discrimination, prejudice and harassment. However, there is a major difference between the experiences of people with albinism and that of other disadvantaged groups, namely, that superstitious beliefs encourage some people to hunt people with albinism for their body parts. Information about the oppression, killings and amputation of body parts of people with albinism in Uganda has been widely increasing. Positive and negative albinism discourses have also circulated in international and local media.

While delivering her speech in January 2020, after a 4KM walk to raise funds for construction of rehabilitation for persons living with albinism, Rt. Hon. Rebecca Alitwala Kadaga (Speaker of the parliament of Uganda) expressed that National census data has no statistics on albinism and She appealed for a national census on the people living with albinism so that proper planning is carried especially for school-going children. She equally observed a need to increase awareness about albinism saying that many people are still not aware of the condition while in other areas people living with albinism continue to receive negativity from communities.
Meanwhile, Kadaga expressed disappointment about the continued taxes on sunburn protective gear, including sun creams, glasses and hats yet parliament resolved to scrap the taxes. This was after Namutebi (the Executive Director of African Albino Foundation) noted that they still found a problem accessing sun creams (The cream protects persons with albinism from direct exposure to sunshine.) due to taxes imposed by the Uganda Revenue Authority (URA).

We call upon everyone to end violence against People living with Albinism as we join Rest of the World to celebrate the International Albinism Awareness Day under the international theme “Made to shine.”