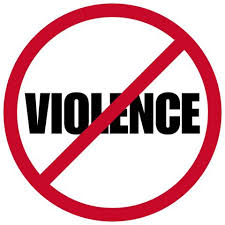 ON 31st March 2020, media reports in Uganda indicated that “five people had died due to domestic violence since government imposed ‘stay at home ‘measures in mid-March”. In addition, Uganda’s Police spokesman Fred Enanga reported that police noticed a raise in domestic violence cases including murder adding that police would before register one or two cases over same period of time. As expected, while domestic violence increased, other cases significantly reduced, he said.
In Uganda, 46% of women have – before these measures were introduced – experienced physical violence and live in fear of their current or most recent partner. These figures have increased during lockdown and confinement, as security, health, and income worries, heighten tensions in homes. Credible reports indicate that there has been a surge in sexual gender-based violence, including mortalities since the lock-down was introduced.
What haunts is, the reports of security personnel beating up women in their homes and on their way to health facilities, which have led to grievous bodily and psychological harm. Several women’s rights organizations and child rights advocates, including the Uganda Association of Women Lawyers, have recorded a rise in incidents of domestic violence and violence against children as a result of the lockdown.
At IDIWA, we are trying our best with our partners on how best we can support the Sexual reproductive health, wellbeing, and safety of Women and Girls with disabilities, their care takers, families where they belong and communities during this challenging period. For women and girls already at-risk due to vulnerability, COVID-19 presented an increased risk for violence, abuse, and neglect while their parents and caretakers struggle to purchase enough food and sanitation products.
The majority of the Women and Girls with Disabilities and their parents and caretakers have informal employment, for example operating public transport such as taxis and boda-bodas, and running small businesses such as market stalls, tailoring shops, and salons (informal and low paid jobs) and therefore, their specific needs must be taken into account in gender-responsive crisis and recovery planning.
However, Nathan Mwesigye Byamukama (Director Regional Training Facility which is a regional center of excellence for Training and sensitization of judicial officers, police units, social workers, medical officers and other categories of persons who handle sexual violence in the great lakes region on how to efficiently and effectively to perform r on suggests Four Ways Out of a Double Pandemic) suggested the a few suggestions for individuals/ families and government(s) so as to cope from such situation.