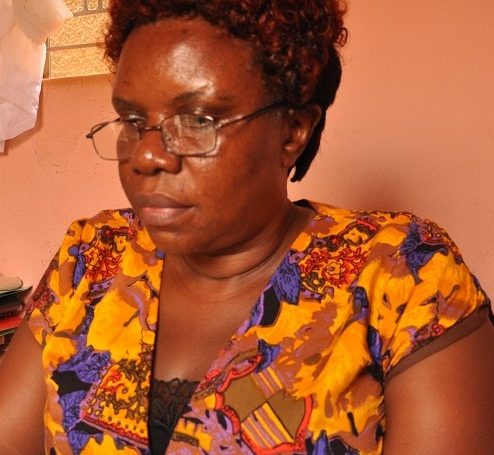 I welcome you to third issue of IDIWA News, and I bring warm greetings from IDIWA family.
In this issue, I happy to share with you our esteemed readers, the findings of our filed monitoring and impact of the various programs implemented by IDIWA. The Monitoring and Evaluation function is critical for developing, testing and implementing effective M&E systems in order to ensure successful program implementation that brings about sustainability of results of various programs we implement.
The period of April to June 2017 was characterized by monitoring of all programs in Iganga, Mayuge and Luuka districts, with more emphasis to those that will be closing in December 2017.
The Economic Empowerment and Livelihoods Project is one of those slated to end in December 2017, and has registered a lot of positive impact among Women with Disabilities in Iganga. The project has increased household income, capital for IGAs, use of skills/new technologies, access to financial services among WWDs. Previously, 87% of the beneficiaries earned less than UGX20,000 a month while 9% earned between 110,000 – 200,000. The number of WWDs earning less than 20,000 reduced from 87% to 71% while those earning between 110,000 -200,000 increased from 8.78% to 18.48%. This is clear indication that incomes are steadily increasing because of the project interventions. All WWDs now had access to financial services especially by the IDP SACCO and at least 38% of the beneficiaries had accessed a loan. 48% of the IGAs/businesses are doing well while 2% of the beneficiaries were performing excellently. Most of the beneficiaries in business had not yet picked up with the issue of using skills taught majorly because of education limitations, however, those in Agriculture were practicing the skills. Most of the EELP beneficiaries (WWDs) did not have capital before the project, however capital was as seen to be increasing though at a slow pace.

Th Disability Budget Advocacy Project ends in December 2017. The project has increased compliance to accessibility standards in public facilities in Mayuge and Luuka districts. The facilities include; district council halls, and selected schools and health centres. The two district fulfilled all commitments made during the project launch in 2017. 90% of the District offices in Luuka and Mayuge were now accessible something which didn’t exist before the project. PWDs are raising voices to demand for their inclusion in government programs such as operation wealth creation, Community Driven Development (CDD).
The Special Grants Committee in Luuka was streamlined in line with the national guidelines; this has enabled balanced representation of the DPOs and NGOs on the Committee, which brings about checks and balances for equitable allocation of resources to PWDs.

We are witnessing positive changes in Iganga, the district awarded bursaries to three PWDs in tertiary institutions. This is a step towards implementation of the Iganga PWD Ordinance, 2013. However, there is a big challenge where parents and care givers are failing to provide transport to such students benefitting from the bursary scheme.
In Nambale sub county, adjustable labour beds were included in budget for FY 2017/18. The Councilors for PWDs are empowered, to stand up to duty bearers and influence development decisions and services to their constituents.

The partnership project on Strengthening Retention of HIV Positive Mothers and Exposed Infants has yielded positive results; mothers and exposed infants who were lost to follow up are back into care, which enhances the quality of life; they can openly talk about their condition and provide support to others. However, some clients’ files from target health centres, were not up-to date and missed information such as appointment dates, PCR results, EID infant cards; mothers moving from one health facility to another for routine Antenatal Care-ANC and Postnatal Care-PNC services, which to a greater extent affected our data collection efforts and to generate key project indicators.

I thank the Monitoring and Evaluation team for trekking the project districts and documenting this information without which, our closeout strategies would not be possible. I am grateful to the Board of Directors for the continued guidance and wise counsel, and Development Partners for supporting our work. Specific appreciation is extended to the Independent Development Fund for supporting this publication.