Congratulations on your appointment as Minister of State for Disability 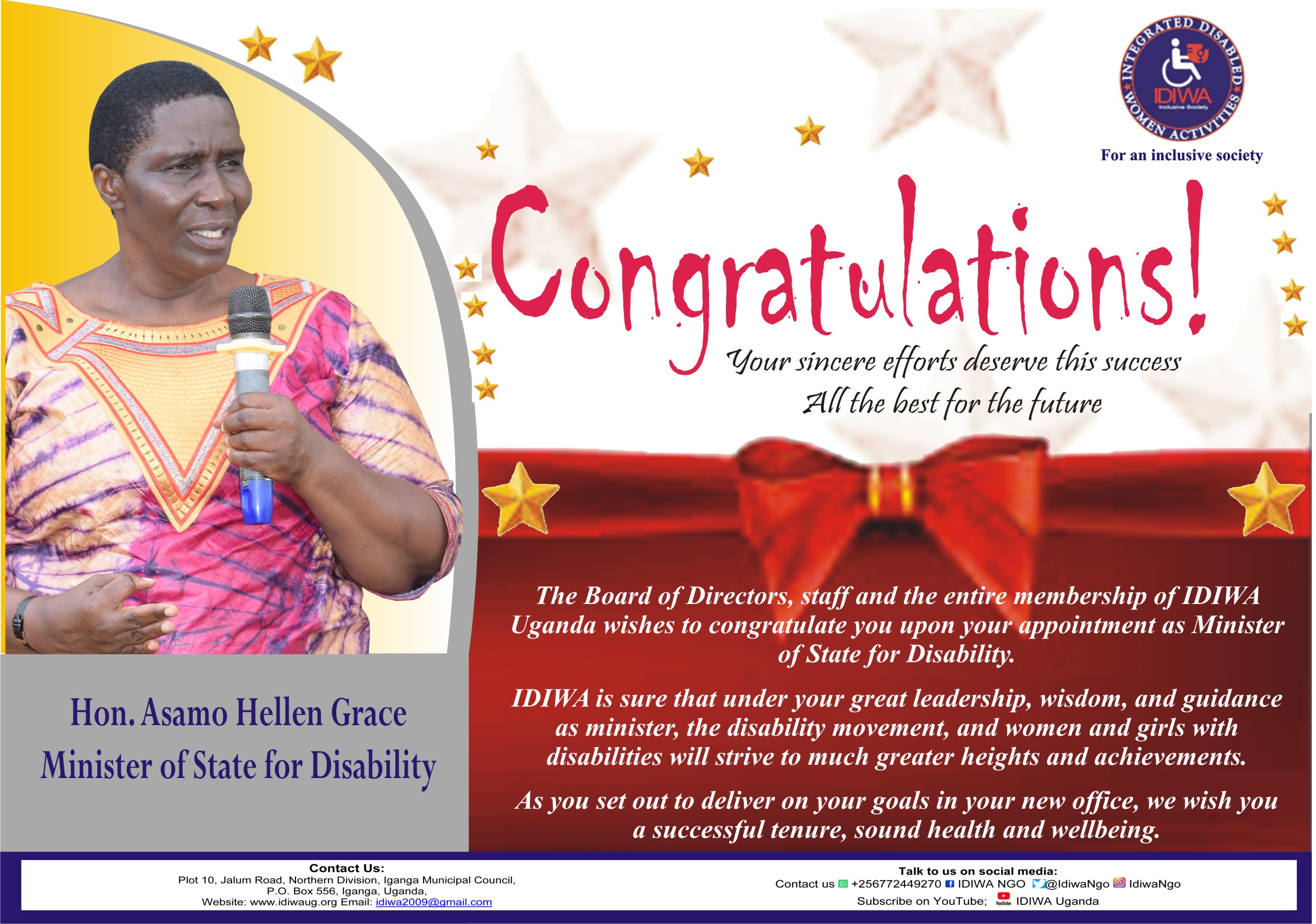 IDIWA is seeking services of an experienced communication expert to lead the process of designing its communication strategy in form of a training manual, and conduct training for staff and board members on constructive and strategic media engagement and public relations.

ON 31st March 2020, media reports in Uganda indicated that “five people had died due to domestic violence since government imposed ‘stay at home ‘measures in mid-March”. In addition, Uganda’s Police spokesman Fred Enanga reported that police noticed a raise in domestic violence cases including murder adding that police would before register one or two

The belief that women with disabilities are inherently unfit to become mothers has not fully changed in African communities.